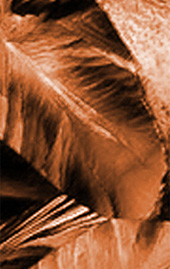 The unforeseen results of the applications of technological progress, the destruction of the bio-environment, resource depletion, over-consumerism and the explosive economic problems in developing countries have led the world at an impasse. For this course to be reversed, the world community needs to develop regulating mechanisms, based on new values and norms in society. The current disequilibrium in the distribution of income and the exploitation of natural resources is creating serious compromises in modern society. The widening of the gap between the North and South has resulted in the acceleration of this imbalance, and coupled with overpopulation, especially in developing countries, is leading to major problems for global stability.

Within this framework, a grassroots mobilisation of every sector of society is essential. Organised groups and private citizens can take action to counter inadequacies in education, misuse of technology and irresponsible leadership, that have led to the deterioration of our planet. In the process of societal globalisation, the introduction of bios-oriented values into world decision-making will encourage development that respects the environment and benefits the continuity of bios.

Since 1985, many leading scholars and experts have delivered speeches on social issues and environmental protection at B.I.O.s international conferences and have contributed to the volumes of proceedings. Various articles have also been published in BioNews. A major part of B.I.O.s work concerns the promotion of accessibility and social justice (see section on Accessibility  People with a Disability) in the effort to build a civil society and to improve quality of life for all citizens. A society that is open and accessible to all should be our goal for the millennium.