Bios Prize to The Kogi

In an effort to provide global recognition to the little known safekeepers of our planet, B.I.O. awarded a Bios Prize to The Kogi community in the Sierra Nevada de Santa Marta, in Colombia. The Prize was conferred by B.I.O. President, Dr. Agni Vlavianos-Arvanitis, during a visit to the area with the Minister of Environment of Colombia, Mr. Juan Mayr Maldonado in 1999.The continuation of life on our planet is threatened because people are out of balance with nature. The few who have acknowledged the interdependence among all forms of life stand as safekeepers of our future. The Kogi are a model of excellence in their perception of our role as human beings on this planet. They care for nature by preserving their native culture. A culture which ties them to the environment and provides the wisdom necessary to appreciate the value of this interdependence. As there is no record of war in the history of their civilisation, they embody peace and global environmental harmony.The Kogi have stayed on the land of their ancestors without abusing it, and they have maintained their culture and mythos as a token of their appreciation to Mother Nature who has given them the gift of life. They protect and cherish the environment, the soil, the air, the water, and all living beings. They are an inspiration for South America and also for the entire world.For saving the culture of the past, for acknowledging the value of our interdependence with the environment, and for safeguarding our future, the Kogi are awarded the Bios Prize.

It was the mother who gave the Kogi, through her sons, the moral, social and spiritual code of life. It is “the code of the mother,” as these indigenous people have named it, and it should be strictly observed by all tribes.

Only the Kogi know the secret entrusted to them by their ancestors of how everything in the universe springs up, grows, reproduces and dies. The secret of the rain or of the arrival of the summer and the secret of daily sunshine.

There are specific priests in the tribes called Mamas in charge of verifying every day the universal order and the social and spiritual order for the tribe. These Mamas are educated from a very young age so they will have a deep knowledge of “the code of the mother” and, at the same time, know more about the universe. They observe the diverse natural changes of the universe, either the cycles of the animal or vegetable universe or the stellar cycles.

Through the year, the Kogi observe the displacement of the sun, the moon and the stars. Through them, they can understand the changes of nature and the world itself as related to the Kogi tribes. The calendar of the Kogi tribes is determined by the stars.

The Kogi tribes live in the mountains of the Sierra Nevada of Santa Marta, with an indigenous population of 500 thousand belonging linguistically to the Chibcha family. They live in different areas in valleys of the mountains.

Through the year, the tribes move from one farm to another. Each tribe has four or five farms, located in different areas and climates. In this way, every family or tribe has access to a big and diverse range of agricultural products, thus guaranteeing for themselves self-reliance in acquiring food.

They arrive to one farm and stay there until they have collected all the crops they have planted before they left. These crops will provide them with food for the next two or three weeks. When they have harvested the crops, they proceed with planting them again, for the next period. Once they have planted the crops they move on to another farm, a bit higher up in the mountain, and do the same. Since the farms are located at different altitudes, they have a wide range of produce to eat. Their basic produce is potatoes, onions, garlic, and a variety of beans, plantain bananas, yucca, sugar cane, corn, avocado and some fruits like pineapple, mango and guanabana. They complement their vegetable diet with meat or fish. The Kogi are one of the very few cultures that still preserve their traditions. They see with sorrow how “civilised” people, as we call ourselves, are destroying and taking possession of the land where they have their mystic territories.

If only we, “the civilised people,” tried to understand and respect one of the most valuable cultures of the American Continent, we could generate the mechanisms to protect the “Center of the World,” these mystic territories, whose history gets lost in time. 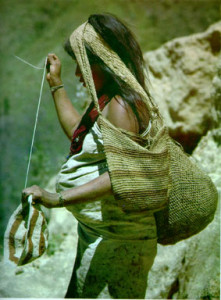 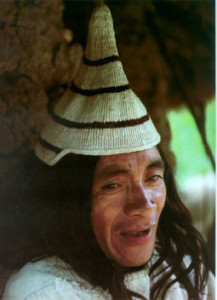 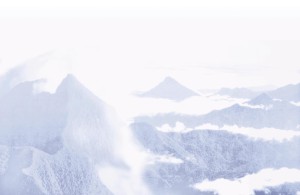